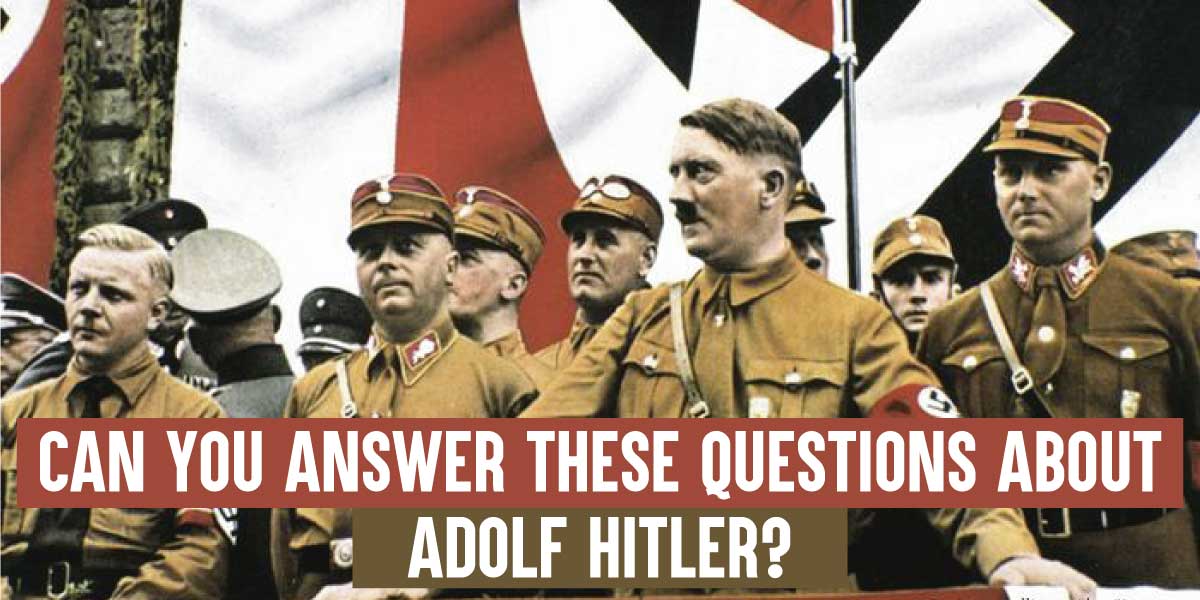 One of the most famous and despised figures in history is Adolf Hitler. The Nazi Party leader who had risen to power in the 1920s was the main architect of the Second World War.

He was infamous for his anti-Semitic policies, which resulted in the deaths of more than six million Jews during World War II.

Today we are here with a trivia quiz on Adolf Hitler. Let’s see how much you know about history infamous and the world’s biggest dictator!